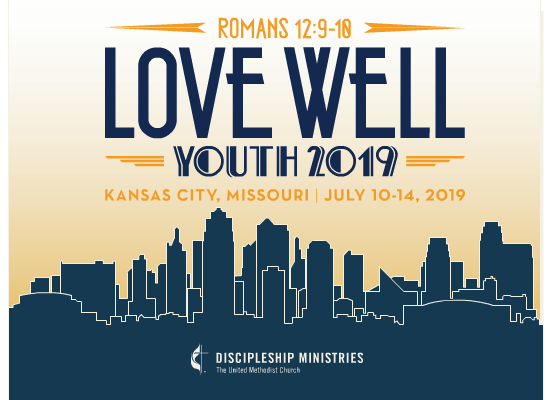 For nearly two years YOUTH 2019 staff have been working hard to make sure YOUTH 2019 is as amazing as possible.

We are excited to announce our main stage speaker: Romal Tune!

A compelling storyteller, thought leader and social entrepreneur, Romal Tune is the “everyman” of the 21stcentury.  When he takes the stage or enters a room, his compelling style conveys a purpose that instantly intrigues people.  This wasn’t always the case for Romal. His story begins as an inner-city kid who wasn’t expected to accomplish much.  As someone who never lived anywhere long enough to call it home, Romal grew up in the California Bay Area. The son of a drug addicted mother and an absentee father, Romal learned the “art of the hustle” at an early age.  From panhandling on the streets to achieving a doctorate degree in Divinity from Duke University, he beat the odds that were stacked against him.

Following a string of successful positions working with some of America’s elite business and political leaders, Romal realized that he needed to face the past and heal the wounds that continued to linger and were keeping him from experiencing the true joy of his success. Although he was a “man of God,” he still had not let go of the hurt and pain that continued to haunt him.  It wasn’t until a mentor who recognized that he was unraveling at the seams suggested that he seek therapy.  Reluctant and only willing to go through the motions, he found that therapy along with his strong belief in God’s love were the answer that he had been seeking.  This breakthrough set him on a path to becoming an author and mental health advocate who believes in the power of therapy.  It was in therapy that Romal learned how to retrain his thoughts and create a new story for his life that included him leaving the past behind and becoming whole.

Whether he is speaking with officials at an embassy, addressing thousands of business leaders from a podium, or motivating a conference for inner-city high school students and teachers, Romal uses the power of storytelling to demonstrate that an individual’s tomorrow doesn’t have to look like their yesterday or today. He not only addresses the question of why systems and structures in our world are broken—education, poverty, technology, leadership, and more—he offers solutions that empower others to address their story in a new way, one that will give them hope for a better future.

Romal’s first book, “God’s Graffiti” was written to provide wisdom to a new generation of young people that he knew needed guidance to conquer the challenges of childhood.  By highlighting stories of at-risk youth from the Bible combined with sharing his own story of growing up in poverty amid crime and violence, “God’s Graffiti” details how obstacles can become opportunities through faith.

In 2018, Romal released his second book entitled “Love Is An Inside Job: Getting Vulnerable With God”, a semi -autobiography that shares his journey of letting go of the past, old patterns and thinking to heal the wounds of his childhood.  The book reveals how the power of therapy helped Romal face his past to move toward a healthy and happier future.  Coming from a place where he was always told to “just pray and let God work it out” to talking to a stranger about his life was a life-changing opportunity.   Love Is An Inside Job allows the reader to use Romal as a case study to challenge their own past and re-write their story for healing of past hurt.

As a social entrepreneur, Romal created “Clerestory Education,” a nonprofit that conducts mental health awareness workshop and creates access to scholarships, cultural exchanges, and career opportunities for high school students in impoverished communities around the world. The ClereStory Education Fund has assisted hundreds of students by generating over six million dollars that is given to provide training and resources to underserved communities.  An avid world traveler with an appetite for art and culture, Romal continues to immerse himself in learning more about people and how we impact each other’s lives.  His belief in the power of healing and his passion to help others is his gift to the world. For more information on speaking engagements, new books or to just keep up with Romal, you can find him at RomalTune.com